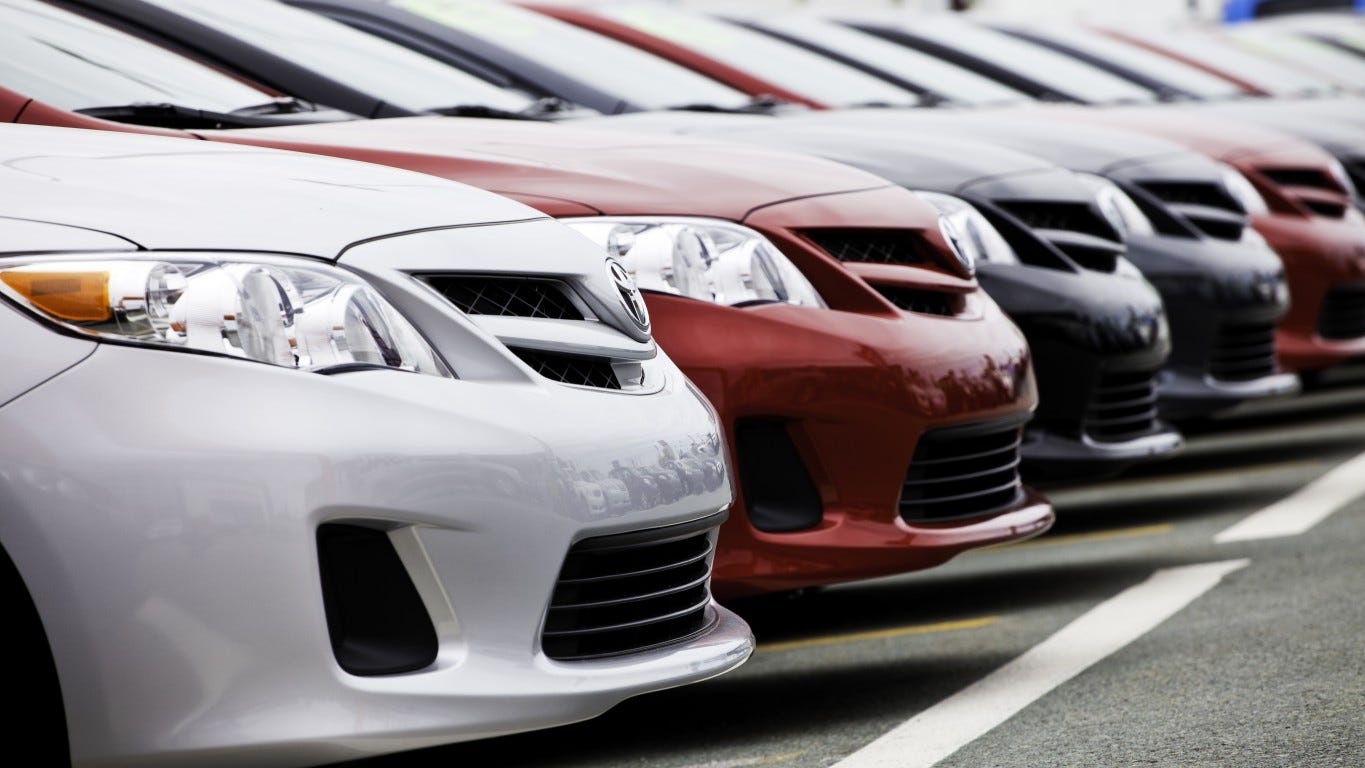 Electric cars: Make sure you look at these factors when shopping

Looking into buying your first electric car? Factor in its range, charging speed and whether its charging port will play nice with most stations.

Car shopping has never been on most people’s list of favorite tasks. But in a market where inventory is scarce and prices are sky-high, car shoppers can feel like they’re getting even more of a bait-and-switch on pricing than usual.

Pre-pandemic, consumers used to be able to look up a car’s Manufacturer Suggested Retail Price (MSRP) and find a seller willing to haggle and sell the car at or below that number.

But ongoing supply chain woes mean it’s now more common for dealers to mark up cars thousands of dollars over the MSRP and not need to cut any deals to clear their small inventory.

WANT A NEW CAR?: Ownership costs are way up, so plan to spend about $900 a month on it

THE FUTURE OF DRIVING: Self-driving cars are a thing of the future. But is that future right around the corner?

Brian Moody, executive editor at Autotrader, said there are a few things consumers can do to avoid paying outrageous prices, or having to wait months for the car they want to be in stock.

Those who want to avoid haggling or being upsold on feature packages should look for dealerships that have started to advertise “no markups,” Moody said.

“Some place where they’re just gonna sell the car for sticker price,” he said.

GM CARS JUST GOT MORE EXPENSIVE: GM charging new buyers $1,500 for ‘optional’ OnStar plan even if they never plan to use it

Don’t shop until you’re ready to buy a car

Another piece of advice is to do a ton of research and not go to the dealership until you’re ready to buy.

“Do so much research online, like send emails to different dealerships in the same town, look at their inventory online, see what they have,” Moody said. “You can shop them against each other and see which one is the better deal.”

Look at the feature packages and pick which one is the right price point in advance, rather than waiting to hear about additional things you could add on from a salesperson working on commission, he said.

If you’re willing to be flexible on some things, like having a couple of colors you’d purchase, instead of being set on one, you’ll be able to find a car you like at a better price than if you’re set on a specific set of options.

“You can definitely get the car you want. You may have to order it and that might mean waiting six weeks,” Moody said.

NO MORE GAS: California to phase out sales of gas-powered cars

Make a connection to an expert

Moody also recommends finding an “in” at the dealership or market that you are shopping, so that you can both learn the ropes and find an experienced guide.

“Try to have a relationship with a dealership or a salesperson that’s in your town. E-mail them asking a bunch of questions, you know, like get them to the point where they want to help you,” he said. “I think you do better that way as opposed to just a random person.”

“There’s more than double the amount of used cars available than new,” he said.

Moody also said if you’ve got a lease that’s about to expire, your best bet is to buy that car and not try to trade in for something else.

The average new vehicle price in the U.S. hit a new record in July, according to Kelley Blue Book data.

“We see signs of used car prices softening. However, I think it will be well into 2023 before we see new car prices soften across the board,” Moody said. “Of course, this will vary model by model and brand by brand.”

What new rules is the FTC proposing?

The FTC has proposed a rule to ban junk fees and bait-and-switch advertising tactics that can plague consumers throughout the car-buying experience.

“As auto prices surge, the Commission is seeking to eliminate the tricks and traps that make it hard or impossible to comparison shop or leave consumers saddled with thousands of dollars in unwanted junk charges,” the agency said in a press release in June.

The FTC is seeking comment on proposed measures that would:

Ban bait-and-switch claims: The proposal would prohibit dealers from making a number of deceptive advertising claims to lure in prospective car buyers.

This deal deception can include the cost of a vehicle or the terms of financing, the cost of any add-on products or services, whether financing terms are for a lease, the availability of any discounts or rebates, the actual availability of the vehicles being advertised, and whether a financing deal has been finalized, among other areas.

Once in the door or on the hook, consumers face the fallout of false promises that don’t pan out.

Ban fraudulent junk fees:  The proposal would prohibit dealers from charging consumers junk fees for fraudulent add-on products and services that provide no benefit to the consumer (including “nitrogen filled” tires that contain no more nitrogen than normal air).

Ban surprise junk fees: The proposal would prohibit dealers from charging consumers for an add-on without their clear, written consent and would require dealers to inform consumers about the price of the car without any of optional add-ons.

Require full upfront disclosure of costs and conditions: The proposal would require dealers to make key disclosures to consumers, including providing a true “offering price” for a vehicle that would be full price a consumer would pay, excluding only taxes and government fees.

It would also require dealers to make disclosures about optional add-on fees, including their price and the fact that they are not required as a condition of purchasing or leasing the vehicle, along with disclosures to consumers with key information about financing terms.

“The thing that people are responding to and that the FTC would respond to is that people are feeling in some cases, ‘What I saw advertised is dramatically different than what I’m seeing in front of me right now,'” Moody said.

Again, he said, doing research on what cars a dealership has in its inventory and what they are listing them for in your area can help avoid sticker shock when the cars on the lot cost more than what’s advertised on national TV. 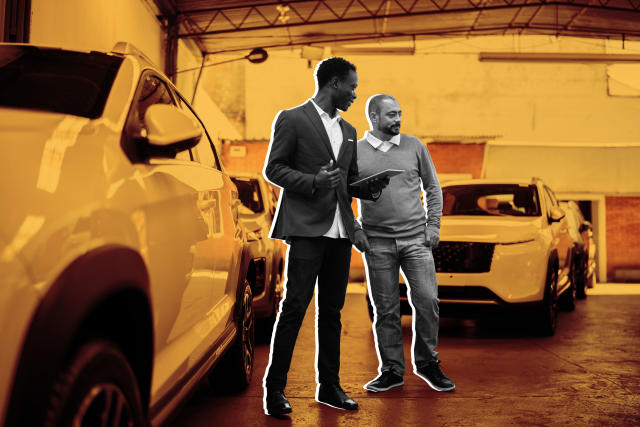 Many companies featured on Money advertise with us. Opinions are our own, but compensation and in-depth research determine where and how companies may appear. Learn more about how we make 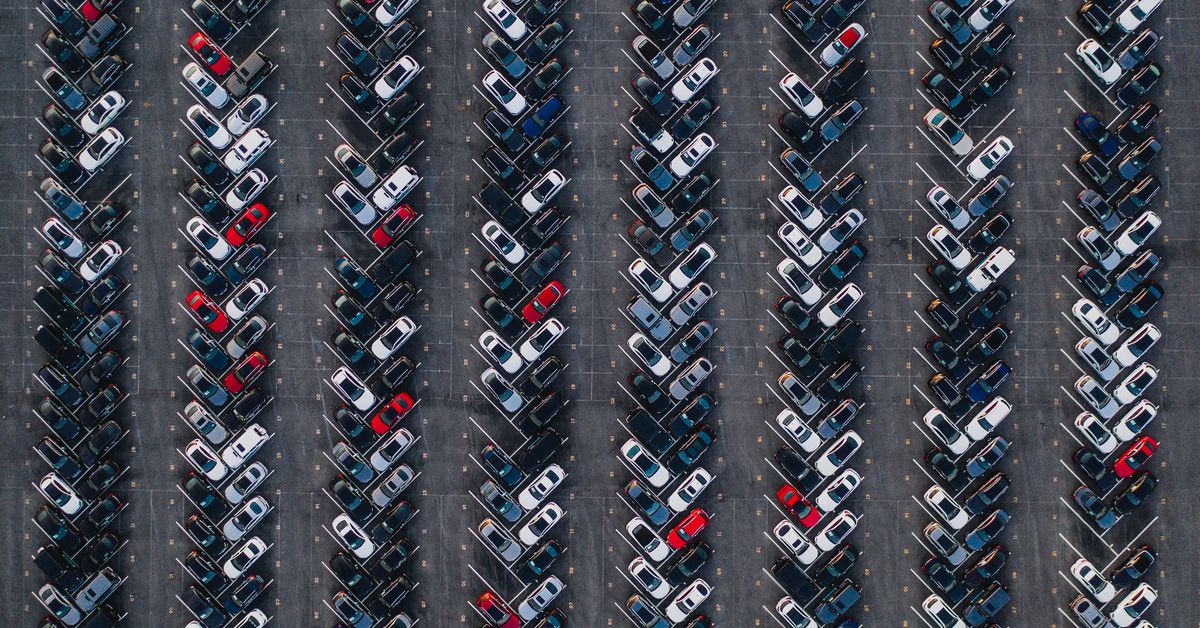 It’s a wild time out there in the car market. Wild in a good way if you’re a car dealer trying to sell a car. Wild in a less good