Grandma Needs a Simple, Reliable Car With No Touchscreens! What Car Should She Buy? 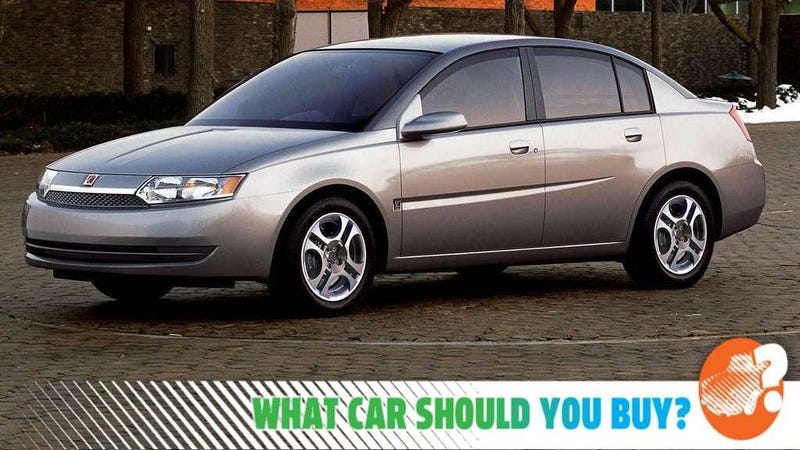 Kevin is helping his wife’s grandmother replace her old Saturn. The family is looking for a car suited for an older driver, something that’s reliable but also really simple. No screens or technology that an 80-year-old driver would find frustrating. With a $15,000 budget, what car should they buy?

(Welcome back to What Car Should You Buy? Where we give real people real advice about buying cars. Do you want us to help you find a car? Submit your story on our form.)

Here is the scenario:

My wife’s grandmother needs to replace her 2001 Saturn SL. I don’t think she believes it, but her 1 mechanic, 7 children, 32 grandchildren, and 7 great-grandchildren all agree that the Saturn should no longer orbit around town. I’m seeking your help in finding a suitable replacement 4-door sedan that the family can present to her.

The key here is finding a car that is simple with obvious functionality components. For example, a pronounced automatic shifter and big radio buttons – absolutely no screens!

While this may not be the most lively of searches, I think the challenge is a noble one of trying to find a more up-to-date car with old-school simplicity. We don’t want to spend more than $15,000

Wants: Simple, reliable, not too big

Doesn’t want: Something too tech-heavy

G/O Media may get a commission

Listen up
These are some of the best earbuds Samsung users can get and feature active noise cancelling, incredible sound quality, and a long-lasting fast-charging battery.

Convincing someone who has held onto their car for such a long time that it’s time to upgrade isn’t easy, especially since they are used to the routine of their current ride. The tricky part with this scenario is finding something modern enough to have some life left in the car but not too recent. Like many cases before, where someone is looking for an affordable and practical car, the answer is the Kia Soul. Examples are plentiful, and unlike most Japanese cars that will have much higher miles at this price point, you can score a Kia with well under 100,000 miles on the clock.

The Soul isn’t a traditional sedan body like she is used to but the slightly higher ride height makes ingress/egress a bit easier for older folks. If you target 2015/2016 models you will find a nice big shifter in the middle and easy-to-use HVAC and radio controls. An added benefit to the Soul is the upright body style which provides good sight lines for navigating local traffic. Here is an example with just under 70,000 for around $14,000.

No one in the Jalopnik offices would ever describe me as a reasonable person, but that’s about to change. Right here is the best option for your dear old grandma. I should know. My grandma is 87 and really wants to buy a new car since her 2004 Chrysler Town & Country is a bit long in the tooth. I’m trying to get her into one of these myself.

The 10th generation Corolla checks every single box your grandma is looking for. It’s the right price. It’s simple. It’s reliable, and it’s not big at all. In fact, it’s virtually the same size as her Saturb. Inside there are literally zero screens (other than the radio and trip odometer displays), and if she’s like my grandma that radio will never be turned on. It’s also got about as a big a shifter as possible for a compact car. In a word, it’s perfect.

This particular example is a 2013 model located in Massachusetts and has under 34,000 miles on the clock. For a Toyota, that’s almost literally brand new. To boot, it’s got a clean Carfax report and comes in a rather pretty baby blue color. What more could ya ask for? Kevin, my friend, make the right choice. Buy a Corolla for your grandma. She’ll thank you later.

These are the kind of WCSYB prompts that really make you think. On the surface, there’s not much to it: cheap, efficient, reliable, simple transportation that will keep on chugging for many years to come. But the “no screens” ask sort of throws a wrench in that, because most cars built within the last decade will fail to comply with that criteria. Also, Andy already said Corolla, so what the hell are the rest of us supposed to do?

Indeed, that’s probably the best choice — but so too would be a Civic or a Fit. The Civic got a little… angular around this time, with a semi-complicated dash, and I could see that being a little intimidating for an older driver. So here’s a 2012 Fit Sport, automatic transmission, with no reported accidents and 85,000 miles on the odometer. I know that’s not an insignificant amount, but these will run forever. The center stack controls are all very simple, and overall this example is pretty clean despite its history. And, though your wife’s grandma may not care, this generation of Fit definitely looked the best. She deserves something rad.

Kevin, your wife’s grandmother’s 20+ year run with her Saturn SL is awesome. After two decades in a small sedan, I can see why she’d prefer to keep the same form factor, but something like Tom’s Kia Soul or, say, a Honda Element could be a nice upgrade to the Saturn. The Element has easy-to-read controls and the gear shifter is up on the dash.

If the size of this Element is not ideal, then maybe this 2009 Toyota Matrix might be a better fit, no pun intended. The Matrix combines the form factor of the Toyota Corolla and Honda Fit mentioned above, but, most importantly, it has a simple and clean dashboard with a gear selector within comfortable reach. The A/C controls are three simple dials, and the radio screen is basically a sliver on the dash. It’s gloriously simple. Add in the reliability Toyota is known for, and the Matrix could be it!

The one I linked is pricy, but with under 45,000 miles on the odometer, it’s ready to go for another 20 years like the beloved Saturn. There’s always the Pontiac Vibe, too — cousin to the Matrix. Earlier Vibe models had Pontiac’s signature blobby buttons, but under the rebadge it’s similar to the Matrix. 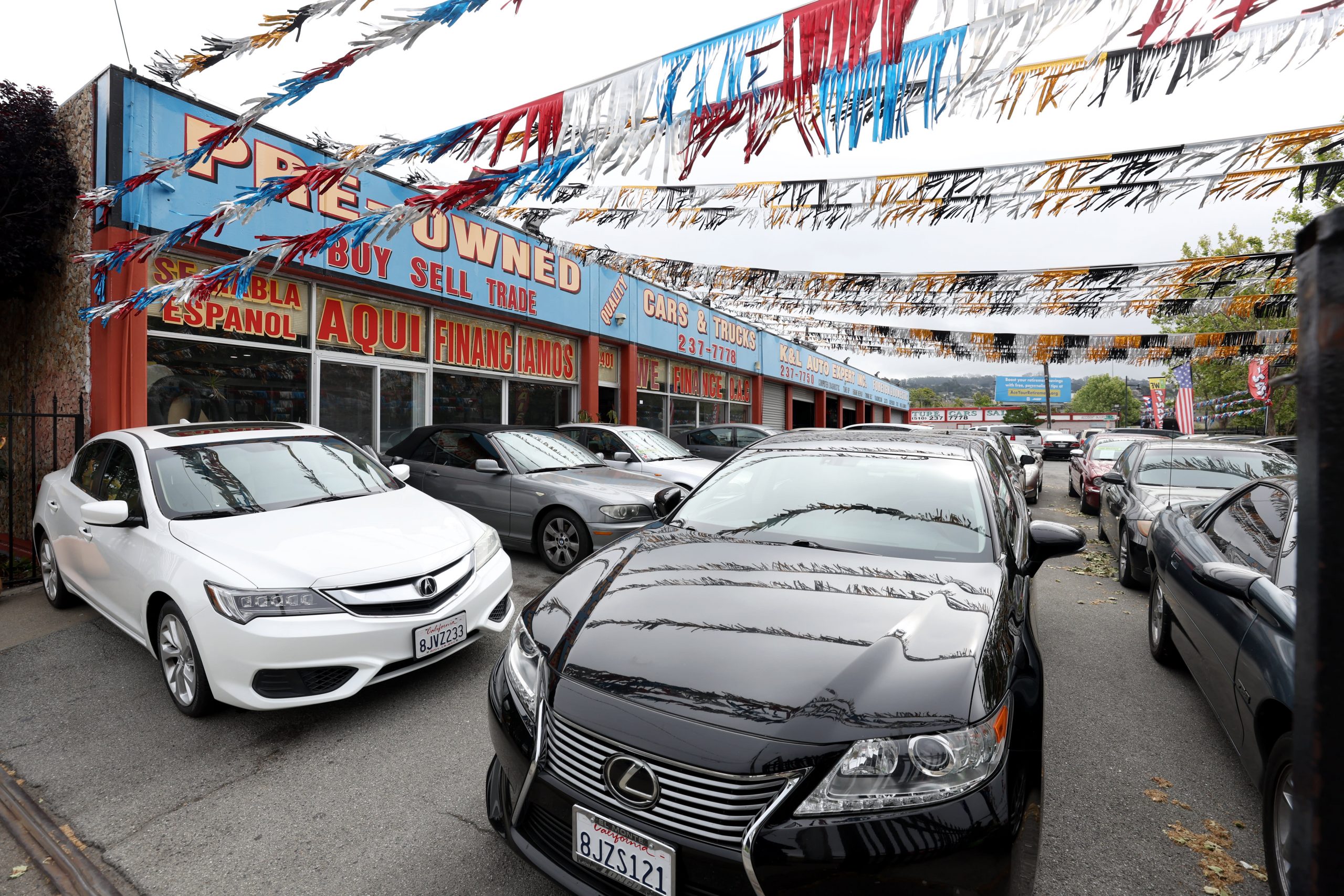 Despite what Dunkin’ Donuts would have you believe, America runs on gasoline. We are a nation of drivers with a transit infrastructure geared overwhelmingly towards automobile travel (with fewer than 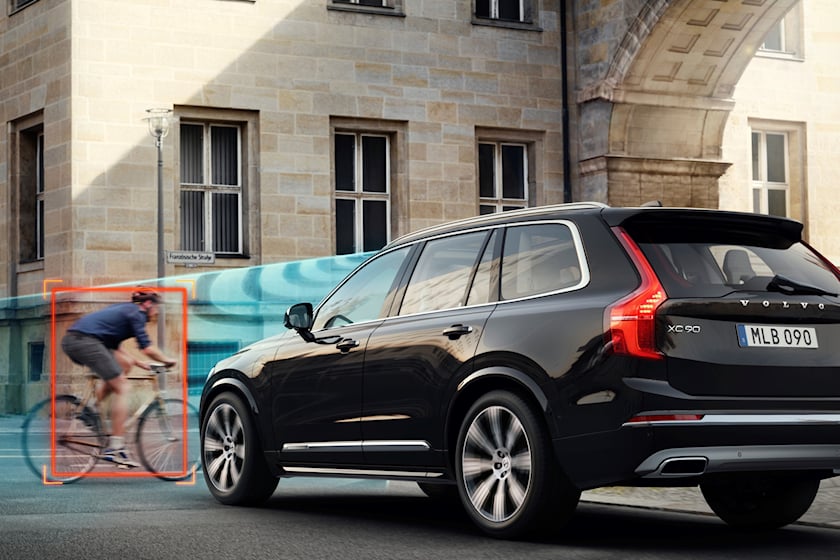