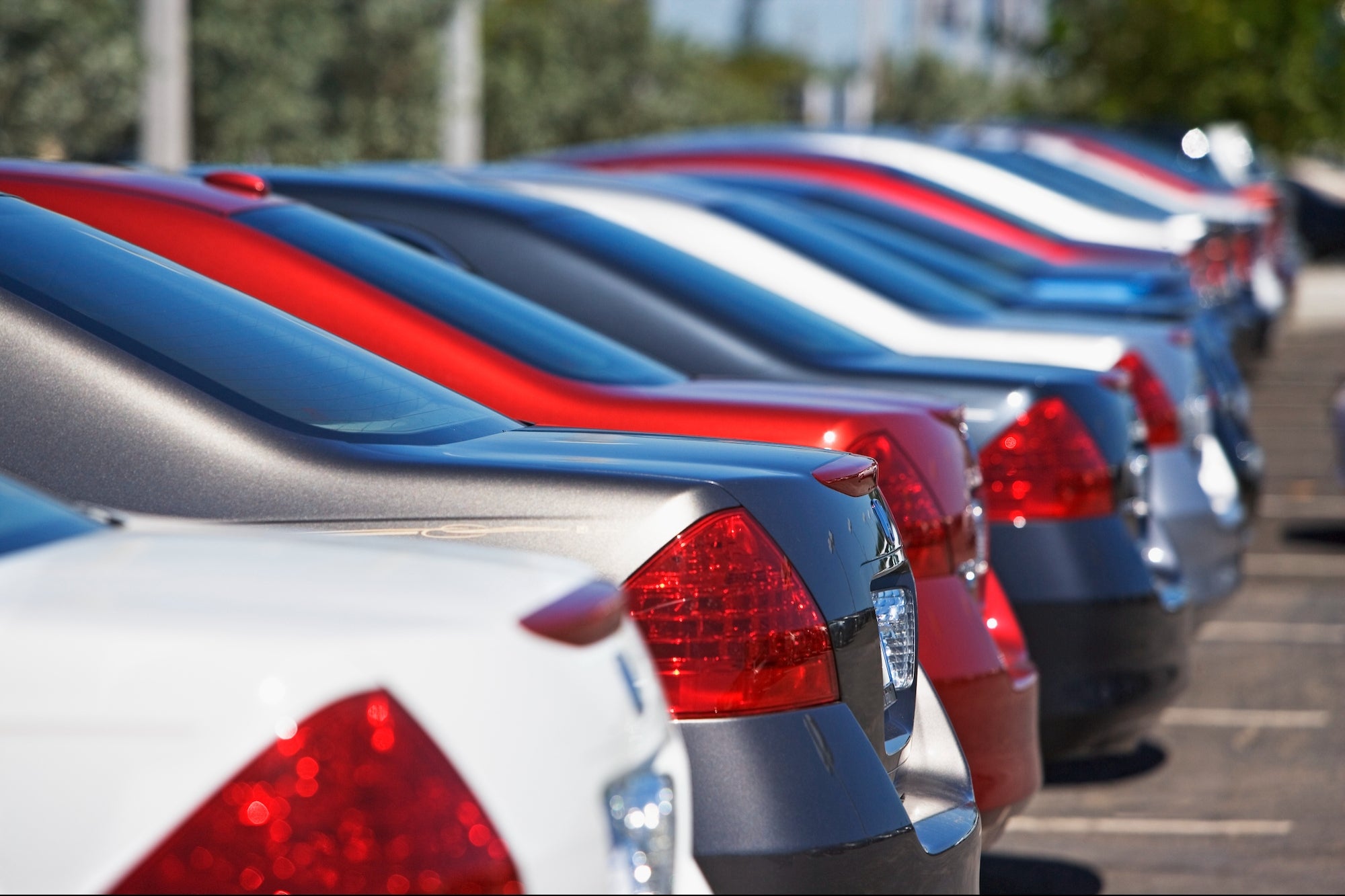 In the market for a car? Driver beware.

With demand surging and supply down, new and used cars are more expensive than ever, as auto dealerships report record profits.

This situation has made for some sobering numbers for car shoppers: The price of new cars is up 30 percent from 2022, and used car prices are now 34 percent above their projected normal levels, according to CoPilot’s Return to Normal Index. And with interest rates up for the fifth time this year, you can expect the sticker shock to make your hair stick up.

Related: The Fed Raised Interest Rates Again. Here’s What That Means for Your Wallet.

What’s going on? For one, there is a shortage of semiconductor chips, which control most of the electronic functions of a car. And fewer chips mean fewer cars.

Second, the auto industry has yet to recover from the pandemic when manufacturers slowed production, not anticipating the increase in demand, thanks to stimulus checks and people not wanting to use public transportation.

“The combination of the two basically means that the industry is producing annually four or five million cars less than they could sell,” says Pat Ryan, CEO of CoPilot, an app that searches through every dealer to find the best car prices.

But with some inside information, you can weather these traffic hazards. Ryan offers strategies for car shoppers in 2022.

While new car prices are increasing at a slower rate in 2022, they continue to reach record-heights. Dealers are jacking up the prices, sometimes nearly $10,000 above the MSRP. But Ryan believes the situation will improve in 6 to 12 months. “The longer you wait to buy, the more savings you’re gonna get,” he says. “Every two to three months you hold off, you’re getting yourself one notch better in terms of price.” Again, this situation will change when there is more inventory and dealership lots are full, but it’s a seller’s market right now.

2. Look at used cars that are one to three years old

If you absolutely have to buy a car in the next few months, you might want to keep your eye on near-new market cars.

“In the last 45 days, one- to three-year-old car prices are down about 3.6 percent,” reports Ryan. The four to seven-year-old cars are slowly returning to normal, too, albeit barely. They’re down 1.5 percent.

According to CoPilot data, some used vehicle types are closer to returning to their normal prices than others. For example, the cost of SUVs dropped 10 percent last month, most likely because buyers are steering away from gas guzzlers. Wagons and minivans are also slowly creeping back to their normal price.

Sure, the cost of cars is completely out of whack no matter what you buy. But if you dig a little deeper into the numbers, you see some interesting disparities. Take domestic vs. foreign cars. According to CoPilot, the average price of a domestic used car averaged $8,301 in August, a 12 percent decrease from July. Meanwhile, the cost of used foreign cars did not budge. They’re still 44 percent above their projected normal levels.

Certain high-volume brands, such as Ram, Chevrolet, and Ford, remain way above their normal price. On the domestic side, Toyota, Honda, and Subaru are the big-ticket items. You may want to look at less inflated brands like Pontiac, Saturn, Isuzu, and Mitsubishi. 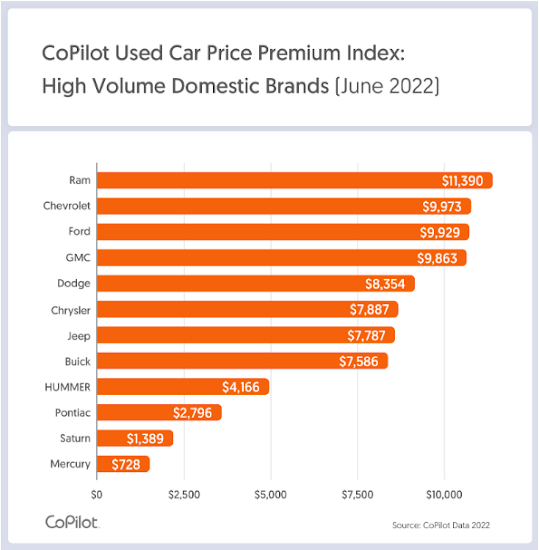 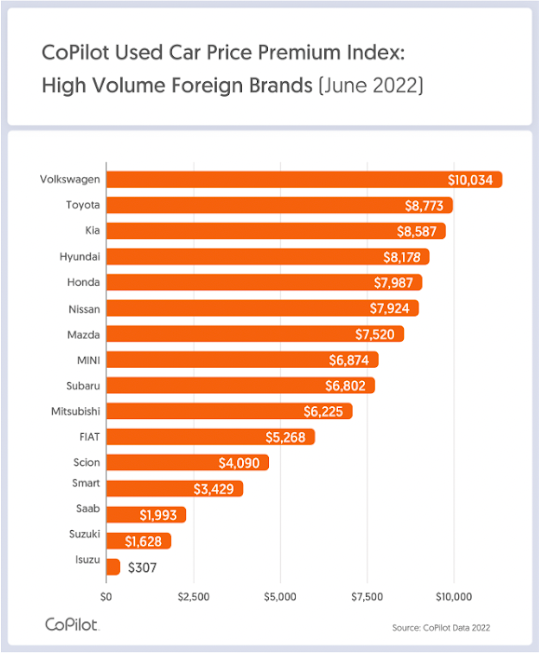 With interest rates rising, paying cash for your car is your best action plan. But for most people, that’s not a reality. The next best option is to secure financing from a credit union, which offers lower interest rates. Once you figure out your budget, you can base your financing on what you can afford to pay per month.

Remember, this is a seller’s market. If you have a car to trade in or sell, you can leverage its value against the rising cost of vehicles. You can also use that old car to upgrade to something more fuel-efficient with up-to-date features.

“It’s like when you see a housing market that’s hot,” says Ryan. “If you don’t own a home, it’s hard to get in. But if you own something with an appreciation, and you could roll your profit from one end to the other, it makes it more affordable.”

That can make navigating through the car market a lot more pleasant.

NEW YORK — Gen-Z and baby boomers may agree on more than either generation will admit. Case in point: newer isn’t always better, even for eco-friendly technology like electric cars! A 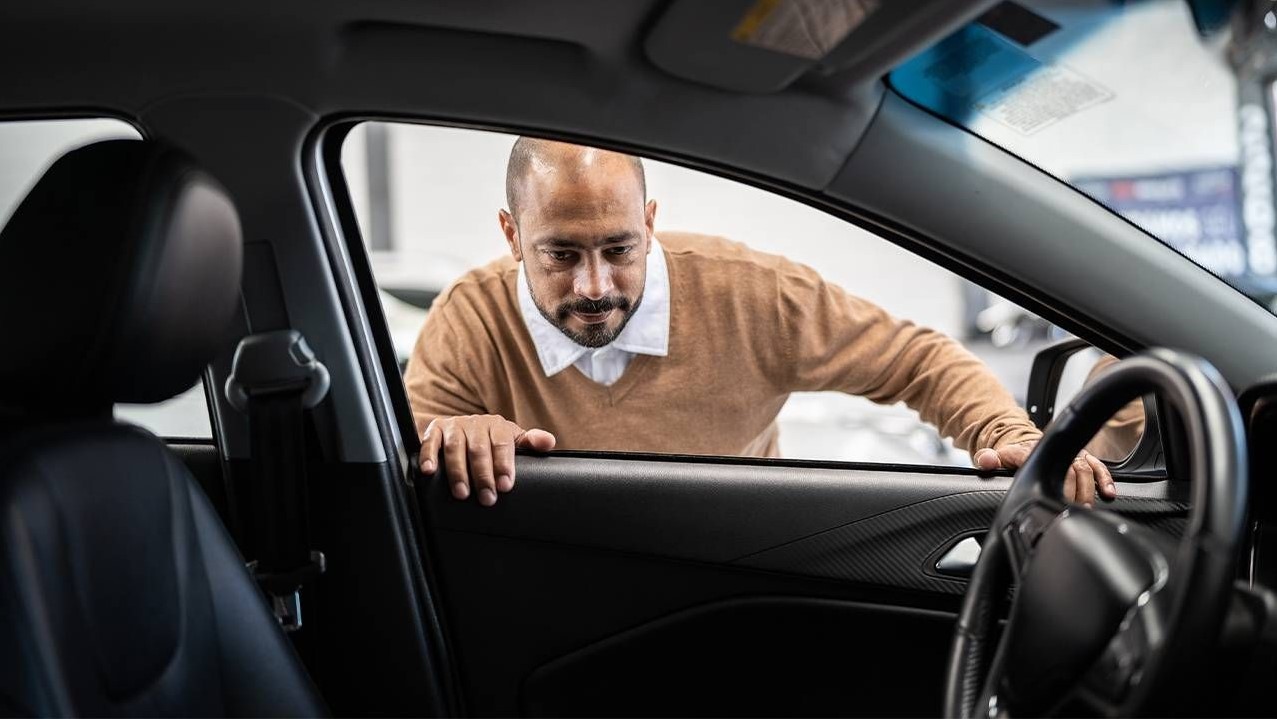 With supplies low and demand high, dealers have more leverage and buyers must work harder Kyla Moles has purchased many cars in her life, but her latest quest for a